I initially meant to write a blog post prior to the race. Despite having a few times when I could have written it, I didn’t. My confidence for this race was pretty low compared to how I normally enter races. Part of me just wanted to slide under the radar and not make a big deal out of it. But this race was an important one to me for a number of reasons.

First, as I get further into my journey as racing in Pro ranks, I start losing the ability to make excuses for things that go wrong in a race. If something happens during the race, it is completely my responsibility for not foreseeing it and preparing appropriately. Fortunately I have the help of a good coach in Jesse Vondracek that will delve into every minute detail with me no matter how much I may overthink things. And now after just over a year of working together and racing Professionally in long course racing I’m starting to figure out just how put all the pieces together for a successful race.

The second, and probably largest, reason for my lack of confidence was the recent changes that have occurred in my life. I am extraordinarily happy with the birth of our daughter Charleigh and she has been perfect in every way. And our recent traveling and my new job have also been very satisfying. But as amazing as these things are, a new baby, a new job, and moving across the country are not ideal for training. Throw in the stresses of training at altitude and less than ideal sleep/recovery, and it’s no question why my training block went pretty sideways in the lead up to the race. With how everything was going I was feeling less like a “Pro” than I had in the past year or so, and simply had no idea what to expect come race day.

So that is a glimpse of how I was feeling leading into this race. I knew many of the 20 guys signed up for the race and about how good they were. My goal was still to crack a top-10 to place in the prize money and to give the bank account and the self-esteem a bit of a boost. As the race approached the forecast was showing high temperatures in the 90s on what is already a very hilly and tough course. While this concerned me, I knew everybody would have to deal with it, and set out a plan with Jesse that would set me up for my best chance at success. 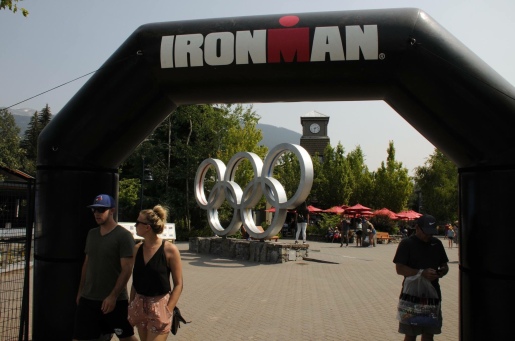 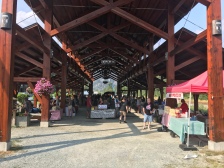 I flew into Seattle Wednesday morning and then proceeded to drive the rental car across the border to Vancouver where I would pick up my dad that evening who was coming to spectate his first Ironman event. While waiting I built up my bike at the Trek Bike Store in Barnaby and realized that something had gotten messed with on the front brake and that they wouldn’t release plus a couple of small dents in my rear wheel. I returned to the store the next morning, and ended up getting everything working smoothly again to dodge my first bullet of mechanical issues for the week. We made the drive up the beautiful Sea to Sky Highway to Pemberton where we would be staying in the house of the amazing Race Director Christine Cogger. While she was away taking care of business in Whistler, there were 3 other Pros staying with us including Sam “Send It” Long, “Cupcake” Callum Millward, and “I don’t have a nickname” Mark Bowstead. All amazing athletes and people. 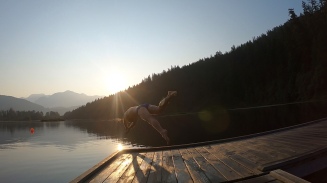 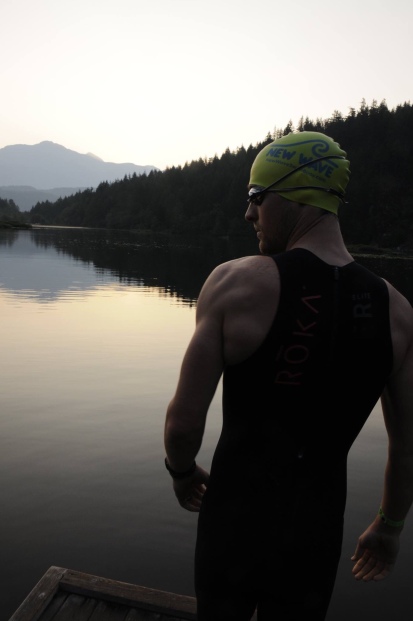 The next couple of days were fairly uneventful and just included some light training, preparations for the race, enjoying the amazing scenery, and eating a ton of frozen waffles. Of course, I did end up having more mechanical issues as one of my electronic shifters for my front derailleur decided to just randomly die permanently among other issues. But the amazing Ironman mechanics got everything squared away for me with everything running smoothly with the exception of that tt shifter. Not a race ender, but certainly not something I wanted happening during an Ironman with >8000 feet of climbing.

Everything went smoothly on race morning and I made it to the race start with plenty of time to spare. The water temperature ended up being just above the cutoff for Pros to be able to wear wetsuits, so I pulled on the swimskin over my (awesome) Epix Gear #triathlonaf race kit. I didn’t bother getting in the water for a “warm-up”, as I knew by the time I would have gotten out and waited for the start I would have cooled right back down from being wet. I ended up being right as they delayed the start by a few minutes, but at least they played the perfect pre-race song as we waited (Lose Yourself by Eminem). But at exactly 5:55am MST we were off and the long day of racing began!

Read about the actual race here.

One thought on “IRONMAN Canada: The Lead Up”