Well it’s that time again. It seems every year that there is a period where things really just don’t seem to go quite right. It seems like I have found that point for 2016. At the end of my race in Chattanooga I was disappointed in falling apart in the run and then proceeded to catch some sort of respiratory illness seemingly immediately following the race. This lasted for almost a week after the race which I used as a complete rest week after a couple successful builds.

The following weeks consisted of some decent cycling training with swimming and running on the back burners while preparing for the NC/SC State Cycling Time Trial. The preparation went well and I felt ready to execute on race day. When the time trial actually came, although the power and fitness was there, I felt I was straining and couldn’t find that next gear. Inconveniently, a few days later I found myself sick again. This time with stomach issues causing me to only be able to eat a fraction of my normal diet with zero training. This slowly got better and I was hopeful that I would be able to perform at an adequate level for the Tri the Midlands Sprint Triathlon this weekend. 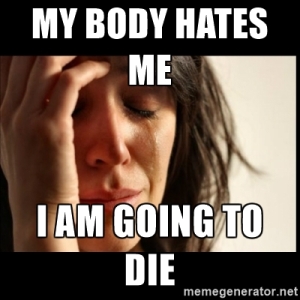 While my stomach wasn’t outright rebelling against me the morning of the race, it certainly didn’t want to digest anything quite yet. I forced down a Kattouf Kookie (one of my last) and headed out with Rebekah and Hercules for the race. Upon arriving to Lake Carolina I realized I had made one of the biggest rookie mistakes that a triathlete can make. I had forgotten my running shoes. Rebekah quickly turned around after dropping me off so that she could grab them from the house. Doing the math, we realized that while she would not be back before the race, she would at least be able to get them in place before I got to the run portion. Near disaster averted.

I quickly registered for the race and set up my spot in transition when I noticed my rear brake sticking as it has done before. After playing bike mechanic with the Outspoken Bicycles crew (at the race for bike support), I was good to go and headed down to the start. I soon found out that there were complications at the race start due to the buoys being invisible due to incredible amounts of fog on the lake! They ended up having to move the buoys in some for the swimmers to actually know where we were going for the intended 500 meter swim! After a delay the race got started as the canon went off (literally).

After only swimming 3 times in the past month I knew that my performance in the water would not be spectacular. Since the distance was short though, I kept the pressure up and found myself sitting in 3rd right behind stud swimmer Michael Wendt. As we exited and came into transition I made the pass into 2nd behind Hunter Janus. I got onto the bike and started to get to work. I found the power was pretty low to start but was expected with the short and quick swim. I kept attempting to settle in as the miles went by but it seemed that my power continued to drop lower and lower while my effort was nearly maxed out. I was overtaken by Miles Fowler and then Mike Wendt as I kept trying to figure out what was happening. I was struggling to put out power that would normally consider a recovery level and could hardly even hold myself in the aero position for any length of time.

The situation only worsened over the rest of the 14 mile bike ride and I got passed again. It is a hard feeling to describe, but whatever it was, I just was not able to go. I had many doubts about the run and took a large amount of time coming through my second transition. As I headed out I saw friend and fellow Lexington resident (Lexingtonian?) Tim Horan. I knew Tim had put up some solid runs in previous races and was hoping my run legs wouldn’t feel as bad as my cycling legs had. Luckily, they held up well enough and the two of us pushed through the next few miles at a solid clip despite some serious inclines. We even overtook one runner! I definitely would have been in a much worse mental state without our few gasps of conversation throughout that run. 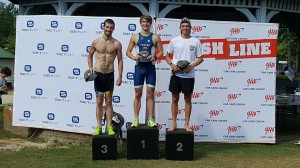 I ended up coming in 8th place Overall in what I would consider my worst triathlon performance in years. Miles Fowler ended up taking the win in just over 4 seconds over Bryan Coker in second with Hunter Janus rounding out 3rd. While I could list all of the reasons that I may or may not have been able to get the job done today, I refuse to do that here. Instead I am going to focus on what I am going to do after this point. I have 4 months until my next priority races. This leaves me with plenty of prep time to ensure that I do not rush back into things.

First, I will ensure that my health gets back to 100% so that I don’t continue to beat myself down. Second, I will begin to balance my training between the 3 sports again while incorporating some regular strength training into the mix. I will achieve this by starting to settle back into a routine of structured workouts again. Third, my bedtime will get earlier as I intend to begin incorporating morning workouts into the schedule. This will provide me with more time to recover between sessions and get jump started for the day. Carolina Aquatics has a Masters swim program that I have attended on and off in the past with a location just a mile or two from my house at the Topspin pool. The coached workouts (by none other than Tim Horan) with others around me always gives me a lot more motivation to get the work done even when it gets hard.

These kind of races are always hard, but always end up being humbling for me. My physical abilities truly are a gift that I take for granted too often. I will work hard, but smart, as I look to make the next period of training a success and achieve what I never thought possible!