I did my first triathlon in March of 2011. I made the mistake of signing up for the “Open” or Elite wave and got passed a lot with a very novice swim, bike, and run to place me in dead center in the results. Luckily, I left my race number on my bike for the next month as I commuted around campus when I found a kind stranger had written a note on it. His name was (and still is) Mike Lambert and he told me of recent attempts to start a triathlon club at the University of South Carolina (my Alma mater). Before I knew it, I was addicted and after serving as Treasurer and President of the USC club, became the Commissioner for all of the Collegiate clubs in the Southeast. I also started getting faster at this triathlon thing little by little as I worked on my weaknesses and put in the time and effort to train. It apparently paid dividends this year when I ended up winning the South Carolina Triathlon Series “Open” category that I had mistakenly signed up for years ago.

Now I sit here contemplating 2015 and what will be in store. Will I continue to grow in this sport? Or will I plateau and fight to keep the speed I acquired this year? I have no idea. I do know that I continue to love training and racing and plan to do both until that stops being true. That being said, I’m going to ride my bike now. 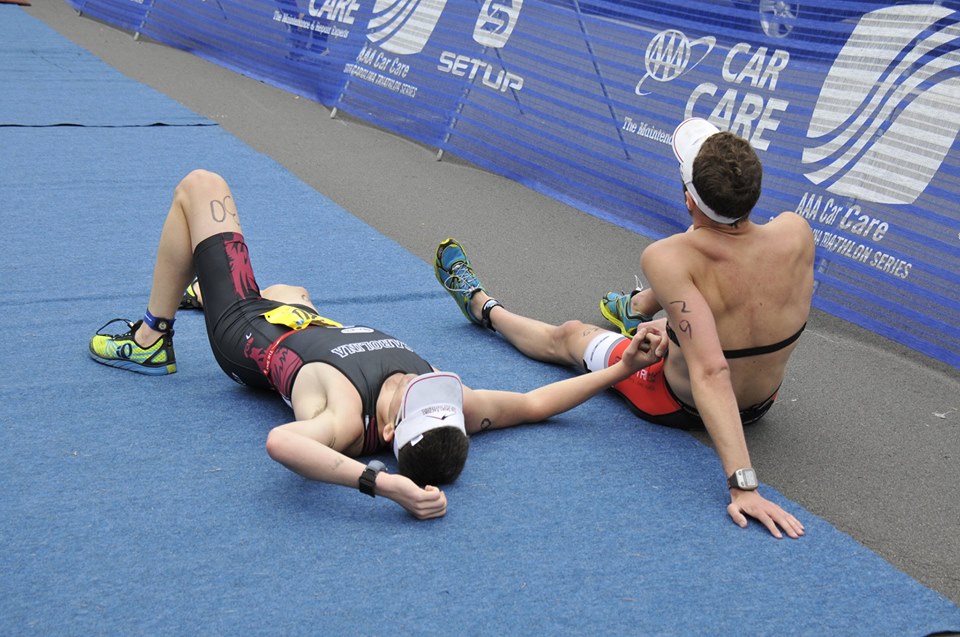